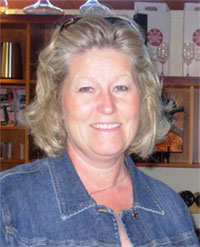 Wendy Johnsen is a Central Alberta artist inspired by the mountainous scenery and beautiful parkland vistas that surround her. Her work is sought after by friends, family and strangers alike as it captures and exaggerates the stunning beauty of the Western Canadian landscape. “The marvelous big skies, sunsets, mountains and trees in this part of the country have never ceased to amaze me and have provided endless ideas for my paintings. Putting paintbrush to canvas has always been a way for me to capture the finer details and elusive moments in nature.”

Born and raised in Spruce View, Alberta, Wendy is a country girl at heart. She and her husband farmed the land, raised their family and encountered many experiences along the way. “This journey has enriched my life as an artist.”

Recently retired, she now has more time to travel,  spend in her studio and continue what began some 50 years ago, the love of painting, a passion that today is a strong as ever.  In 2011 she made the switch from oils to acrylics and has spent the last 10 years learning from some of Canada’s great artists.  She is an active member of the Federation of Canadian artists and has recently been featured in the Arabella Magazine. 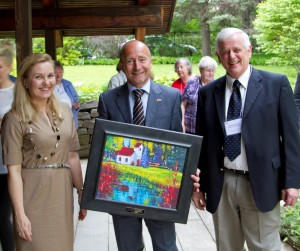 Paintings are also held in numerous private collections throughout Alberta and British Columbia.